For profiles and tubes angled cut

The BSS 360 AR is a band saw with pivoting trajectory, for profiles and tubes angled cut; controlled by NC, with a patented system of double vice and a particular rotation. 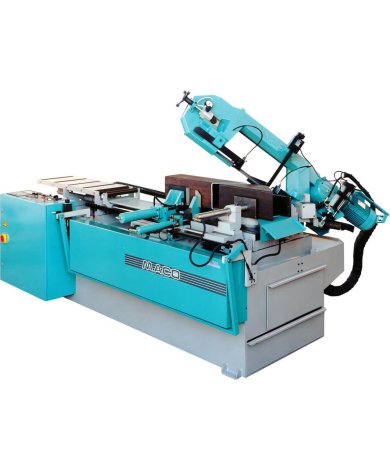 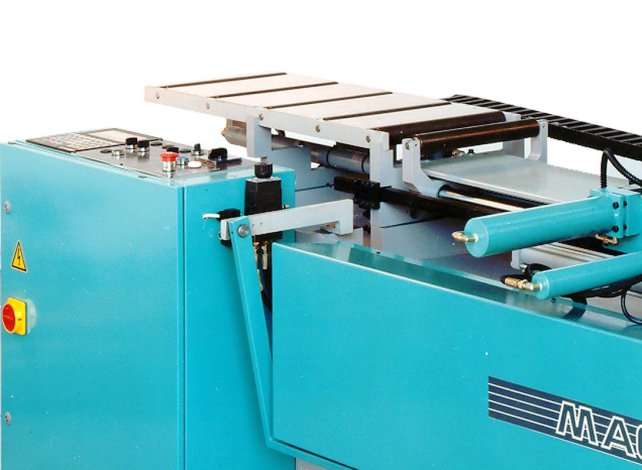 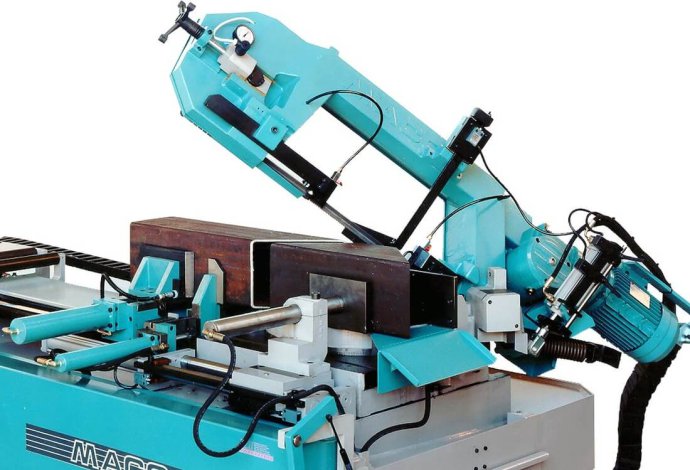 A SECURE INVESTMENT WITHOUT COMPROMISE ON QUALITY

MACO S.r.l. was founded in 1982 as producer of tube circular sawing machines, later expanded the range to band sawing machines for bars and metal tubes.

The increment of experience and market changements has forced the evolution of the models: starting from manual and semiautomatic until arriving to produce cutting lines.

Your technician did a PRO job, very professional on the installation and training, the employees really appreciated the training 10/10 !

We are 150% satisfied with our purchase of an HSG 3KW cutting table. The machine exceeds our expectations in terms of cutting quality and machine. Garant Machinery team handled everything from A to Z. The training and installation was done in less than 3 days and in 1 week our production was operational.

Our team has been doing business with the Garant Machinery for three years now. The folding machines are essential to our production, their use is simple and safe. We use them daily for the fabrication of specialized pieces. We are satisfied with the quality. Whether for the acquisition of the machines or the after sale service, a representative is always available to answer us.

When we call we get great service. Our needs are 100% met. Thank you Garant Machinery.

Always had good service and when you call, you know you’re going to get great support.

Fantastic machine, I never made a better purchase than this. I used it quite a bit and I can tell you it’s a workhorse.

We are very satisfied with the equipment we purchased. The few adjustments that were necessary during the start-up were done quickly with courtesy and professionalism.

We appreciate Garant’s way of doing things and handling customers. You and your team listen to the client and are committed to working in partnership and mutual respect.

Since we have been doing business with you, you are reliable and the service is top notch.

We purchased a LAG G-TOP 185-3000 press brake to replace our 1988 Amada Promecam. Yves Garant and his team supported us very well in our decision making process. We had a major challenge to conciliate: need definition, technology evolution and budget. Garant Machinery sets itself apart with a wide range of products, exceptional technical expertise, a curiosity about the evolution of the market, very responsive from submission to after-sales service, and good customer service. Garant Machinery is an experienced business partner with whom we have done many projects in the past, and that we will consider in our future investments.

I would like to thank Garant Machinery’s team for the excellent service in acquiring an uncoiler made in Italy. Throughout the entire process, from the selection of the manufacturer, the manufacturing process to the installation, everything was done according to our needs and criteria. All this while respecting the dates and our budget. Thank you.

The installation of the folder went really well. You have a super installation team!!! Great professionalism and truly qualified.